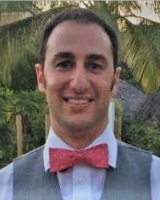 PharmaSUG has always been about bringing together people from throughout our industry, and that includes the regulatory authorities with whom we collaborate. We're pleased to announce a special half-day session Wednesday morning in which you'll hear directly from our colleagues at the U.S. Food and Drug Administration.

We'll start with our FDA Keynote Address at 8am, followed by three additional FDA presentations and a panel discussion. As we anticipate strong interest, we'll be combining three of our regular breakout rooms to ensure enough space for everyone.

The Prescription Drug User Fee Act (PDUFA) of 1992 significantly changed the pharmaceutical industry landscape, with its main purpose being to expedite the pharmaceutical product development and approval processes for patients. This presentation will provide a historical review of the impact that this unique legislation, including all subsequent reauthorizations, has had specifically with respect to regulatory submissions made to the U.S. Food and Drug Administration (US FDA). Key to this evolution was the FDA’s ability to accept electronic submissions, regardless of content. A special emphasis will be given to the creation, and continued development, of data standards in clinical research along with the modernization of regulatory product submissions for clinical trial data/metadata.

The evolution reached a climax in 2012 with the fifth instance of PDUFA (i.e., PDUFA V), which authorized the Agency to implement electronic submission requirements in general and specifically with respect to clinical trial data/metadata. Regarding data/metadata standards development, the more than two-decade relationship/partnership between the Agency and the Clinical Data Interchange Standards Consortium (CDISC) will be highlighted. Ongoing work since PDUFA V will be noted, and current challenges/needs that should be addressed by FDA and all stakeholders will also be discussed.

Benjamin (Ben) Vali works as a Regulatory Project Manager (RPM) in the Division of Gastroenterology and Inborn Errors Products (DGIEP) within the Office of New Drugs (OND) in the Center for Drug Evaluation and Research (CDER). Prior to changing careers into regulatory affairs in June 2016, Ben was a statistician and served as a statistical reviewer in the Office of Biostatistics (OB) since October 2008. Ben’s statistical review work was in conjunction with DGIEP wherein he focused on Inborn Errors of Metabolism (IEM) and rare hepatic diseases. During this period as a statistical reviewer, he partook in intense interdisciplinary collaborations in order to develop an ability and expertise in methods and approaches for evaluating treatments indicated for rare diseases. Ben continues to leverage this experience, and his broad regulatory perspective, while in his current role as an RPM.

In addition to all of his regulatory management and statistical review work, Ben’s extracurricular professional activities at the US Food and Drug Administration (US FDA) have been geared toward health care informatics. Prior to moving to the FDA, Ben worked as a biostatistician at Pharmaceutical Product Development (PPD), Inc., wherein he managed the biostatistics component of multiple clinical studies of moderate size and complexity across different therapeutic areas and phases of development. Prior to PPD, he partook in clinical trial methodology research at Novartis Pharmaceuticals, which followed on from a previous fellowship at the National Cancer Institute (NCI). Before his work at NCI, Ben attended and graduated from the University of Wisconsin-Madison after obtaining a Master of Science (M.S.) degree in Statistics.

Sara Jimenez is a mathematical statistician in the Office of Biostatistics (OB) at the FDA’s Center for Drug Evaluation and Research (CDER). She performs regulatory reviews of clinical trial submissions for gastroenterology, inborn errors of metabolism, and liver products. She also served as an acting statistical team leader for general endocrinology products. She actively contributes to data standards efforts within OB and provides statistical and regulatory guidance to external groups in data standards efforts regarding clinical outcome assessments. She worked for several years in the clinical trials industry as a biostatistician and as a statistical programmer. Sara studied mathematics at the University of Texas at Austin and received her PhD in biostatistics at the University of Texas Health Science Center at Houston School of Public Health.

Dr. Elaine E. Thompson is a bioinformatician in the FDA Center for Biologics Evaluation and Research (CBER). She leads a bioinformatics research team in the CBER High Performance Virtual Environment (HIVE) group and is involved in the regulatory review of submissions with next-generation sequencing data. Dr. Thompson also contributes to the CDISC-SEND, CDISC-PGx, and IEEE P2791 BioCompute working groups, the FDA Technical Conformance Guide, and the FDA Business Rules. Before joining the CBER HIVE, she lead the award winning CDISC-SEND Fit for Use pilot in the Center for Drug Evaluation and Research (CDER) and successfully launched the KickStart nonclinical review program for toxicology reviewers receiving CDISC-SEND data. Dr. Thompson completed her Ph.D. and postdoctoral training in bioinformatics at the University of California, San Diego and holds an M.A. in neuroscience from The Johns Hopkins University School of Medicine.