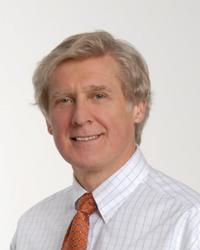 Wayne will review the current state of CDISC standards, highlighting those having the biggest impact on improving clinical research. He’ll also present a whimsical overview of the SHARE metadata repository and how it’s current and potential impact on the world of data standards, and conclude with a brief look at some future directions that may affect researchers, regulators and ultimately physicians and patients.

Wayne R. Kubick is Chief Technology Officer for CDISC, building upon previous stints as a two-term board member, Technical Director, team leader and general commentator at large. In addition to his work with CDISC, he has spent the past two decades in a variety of technology-focused roles in clinical research and development spanning from BBN Software Products, to CIO of Parexel International, followed by a 12 year ride as a senior executive at Lincoln Technologies, which became part of Phase Forward, which became part of Oracle Health Sciences. Mr. Kubick holds a B.A. from the University of Illinois and an M.B.A. from Boston University, is a regular columnist on Technology for Applied Clinical Trials magazine, and is a frequent speaker at global industry conferences. 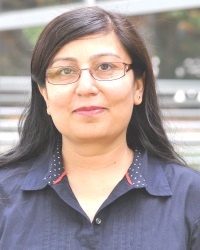 The expectations and landscape are ever-changing to facilitate successful submissions in the demanding pharmaceutical environment. As a result of this, the role of the programmer has and continues to evolve. The presentation touches upon the end-to-end process of filing a submission and uses examples to demonstrate the soft skills and tools necessary to meet increased expectations. The presentation will cover a programmer’s role in a development program starting from pre-IND to submission. Emphasis is provided on various components of an e-submission package.

Sangeeta Bhattacharya is the Global Franchise Head, Statistical Reporting for Immunology and Dermatology (I&D) in Novartis General Medicines (East Hanover, USA). Ms. Bhattacharya has a Master’s in Biostatistics from the School of Public Health, University of Texas and started her career as a biostatistician. She transitioned to Statistical Reporting and has worked in various pharmaceutical companies leading global CDISC submissions in multiple TA’s. 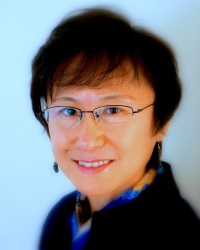 The presentation briefly summarizes FDA draft guidance to the site level data, its purpose, its structure, its contents, its requirements, its future development and FDA site selection model.

Jingwei Gao currently is the Regional Head of Pan Asia/META Statistical Programming at Boehringer Ingelheim (BI). Prior to being assigned to BI China Headquarter in Shanghai, Jingwei had worked at BI US for over 16 years. She has submission experiences in several therapeutic areas, including Immunology, Central Nerve System, Cardiovascular, Respiratory, and HCV etc.. Since 2014, Jingwei has been with BI China being responsible for building and developing the regional Statistical programming team to work with customers globally and regionally and to become one of pillars of BI global Biometry and Data Management organization along with other BDM functions in China, US and EU.